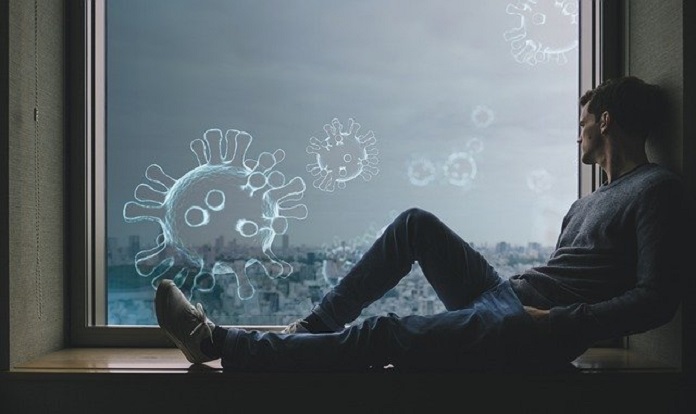 A recent worldwide study examined the relationship between personality factors and compliance with shelter-in-place orders during the coronavirus.

As countries around the world battle the second wave of the coronavirus, and self-isolation fatigue is becoming an increasingly alarming issue, understanding how compliance with social distancing can be influenced by different factors is as important as ever.

The somber fact that the pandemic has been an unparalleled concern for several months is difficult to ignore. Nevertheless, data gathering efforts have been tirelessly expanding, and researchers have begun analyzing some of the findings.

Data gathering is not merely important when studying the spread of the virus, and psychological research can have wide implications on our understanding of the pandemic. As the world awaits a reliably effective and safe vaccine, most countries have issued shelter-in-place and social-distancing or self-isolation orders to try and curb, or at least delay, the spread of COVID-19.

With self-isolation and social-distancing being one of the only tools currently available to curb the spread of coronavirus, it is imperative that countries understand what factors influence compliance with such measures. Complicating this effort is the fact that people range in personality traits, influencing the way they perceive and interact with the world. As such, no one strategy will work to ensure total compliance.

Rather, a dynamic approach to messaging may need to be undertaken. This, however, requires an analysis of the effectiveness of the tools available, not merely across an entire population, but through focusing on the range of such personality traits.

To better understand the relationship between the coronavirus self-isolation compliance and personality traits, researchers from England and the United States examined data collected in the “Measuring Worldwide COVID-19 Attitudes and Beliefs” project, between March and April of this year. As published in American Psychologist, the official scholarly journal of the American Psychological Association, the data analyzed comprised of 101,005 participants in 55 countries.

The study assessed personality traits using the Ten Item Personality Inventory (TIPI), classifying each participant on the Big Five personality trait continuum. The traits included in the Big Five model are: extraversion, agreeableness, openness-to-experience, conscientiousness, and neuroticism. The researchers further investigated how stringent national policy was at the time, for each participant, using the COVID-19 Government Response Stringency Index. Both personality trait and stringency data were assessed, individually and in conjunction, against a self-reported measure of compliance to shelter-in-place orders.

The results indicated that both stringency and personality, independently, predicted compliance with self-isolation during the coronavirus pandemic. In terms of policy, the researchers found that the more stringent the measures, the higher the compliance rate. As for personality traits, the findings suggested that compliance was more likely in participants who scored higher on agreeableness, openness-to-experience, conscientiousness, and. Participants with higher scores on extraversion trait, on the other hand, were less likely to comply with shelter-in-place orders.

These relationships were shown to be similar or greater in strength than demographic variables (e.g. age, gender, education, or income), personal health, perceived or anticipated severity of the pandemic. Furthermore, the effects of policy stringency and personality traits (particularly openness-to-experience) were significant even when controlling for confirmed cases per country- the strongest predictor of compliance.

In addition, the researchers discovered that, if government policies were not strict, individuals who scored lower on openness-to-experience and neuroticism were less likely to comply with social distancing orders. With more stringent national policies, lack of compliance became less likely in these individuals. No such relationship was recorded for any of the other traits. This, according to the researchers, could be indicative of the power of personality in influencing behavior. The researchers further suggest it could indicate that people with different traits are affected by government stringency differently.

It may be surprising that the openness-to-experience trait is positively related to compliance, as, traditionally, this trait has been linked to more risk-taking behavior, willingness to depart from cultural rules, and an affinity for new and unfamiliar situations. However, the researchers explain that this effect may be due to several important factors. For one, such individuals are more likely to seek out new information, and will more easily adapt to new situations. It is also the case that this trait is linked with more liberal political attitudes, which, especially in the United States, were previously shown to strongly influence the likelihood of individuals to recognize the severity of COVID-19, stay informed, support more drastic policies, etc.

The researchers further discuss several limitations that could affect the results of this study. For one, the size of the effects of these variables was rather small, and, in larger studies, results are more likely to be significant, even when small. Moreover, the TIPI, although validated, is rather small, and relies on self-reported measures, which may not be as accurate. Nevertheless, the researchers suggest that these results are imperative, and indicate that personality should be taken into account when examining compliance with coronavirus directives such as self-isolation. It may be useful, according to the researchers, to consider tailoring communications about self-isolation measures to the recipients’ individual personalities.

Image by Tumisu from Pixabay