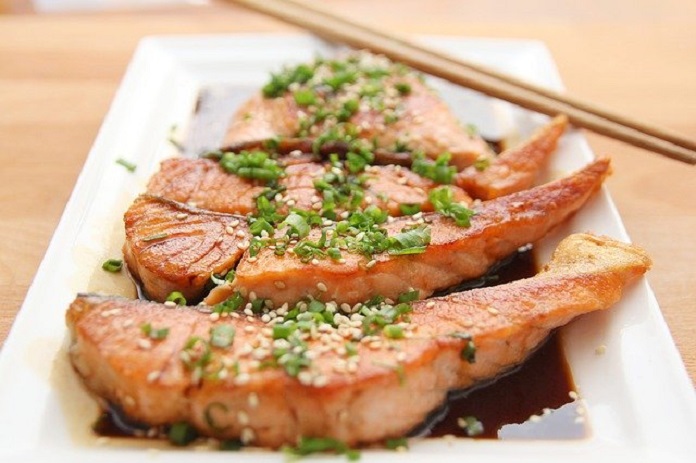 Eating a moderate amount of fish per week, while pregnant, may improve child’s metabolic health, according to a new study.

Fish is a significant dietary source of omega-3 fatty acids that may have cardiometabolic benefits. Several studies support that fish consumption can help reduce the risks of heart and metabolic diseases, such as high blood pressure, high cholesterol, obesity, and diabetes. Omega-3 fatty acids have also been found to positively support fetal brain and tissue development. However, pregnant women may avoid eating fish due to concerns of mercury content that can affect fetal neurological development.

A new study published in JAMA Network Open assessed the benefits and risks of fish consumption and mercury exposure in pregnant women, then evaluated the metabolic health of their children. Researchers collected standardized data from studies performed in five European countries between April 2003 and February 2016, then analyzed the data between March and August 2019.

The study included 805 mothers and their only child. Information regarding the amount of fish consumed by pregnant women was collected using questionnaires.  Consumption was categorized as: low (less than one time per week), moderate (one to three times per week), and high (greater than three times per week). Mercury levels were measured using the pregnant women’s blood samples. Children were later followed up for a health screening when they were between six and12 years old. Children’s metabolic health was determined by a scoring system using waist circumference, blood pressure, cholesterol levels, and insulin levels. A high metabolic score indicated a poor health profile. Researchers also examined how fish consumption during pregnancy affected inflammation biomarkers in children.

This was the first study to report on markers of children’s metabolic health in relation to fish consumption during pregnancy. The researchers discussed their study’s limitations in regard to the errors of self-reporting of fish consumption, the variability of fish nutrition and mercury content among fish species, and the study of only a healthy population of children.

Overall, the study suggests that the benefits of consuming one to three servings of fish per week during pregnancy are associated with an improved metabolic health profile. Further research is needed to determine if reduced inflammatory biomarkers are associated with improved metabolic health. The researchers plan to follow-up on the studied children at the ages of 14 and 15 years old.

Keyword: should i eat fish while pregnant?

Image by Wow Phochiangrak from Pixabay